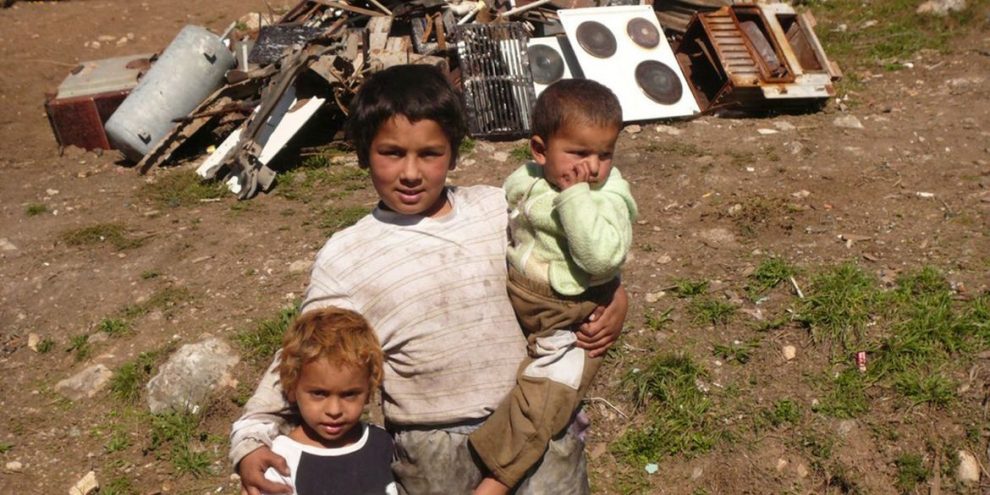 After many programmes with mainly humanitarian character in favour of internallly displaced persons (IDPs) the priority has shifted gradually to programmes containing self-help or inocme-generating elements. Between November 2001 and May 2002 HELP had implemented a programme aiming at the establishment of as system for the collection of recyclable materials and the increase of the recycling capacity. teh objective was to improve the living conditions of IDPs, particularly roma families, through capicitating vulnerable households to earn their income by selling a number of recyclable materials to the recycling center in Podgorica. This programme was financed by the Humanitarian Aid of the European Commission (ECHO).

HELP had aleady implemented in 2001 a self-reliance programme for vulnerable households. The interest in participating in that programme was huge; available resources were by far not sufficient to accept all those with sound and sustainable business ideas. While focussing on the refugee and IDP population in Montengro the programme was biased towards persons with formal education and available craft skills. The effect of this was that the most heavily deprived group among all IDPs, indeed of all the poor, the unemployed and those otherwise socially underpriviledged, these are the Roma displaced from Kosovo, have had hardly access to the assistance provided within HELP’s self-reliance programme. Only a given few with the required skills had been accepted. A research carried out by SDR (Swiss Disaster Relief, now SDC =Swiss Agency for Develoment and Cooperation) revealed that more than 50% of the heads of Roma IDP households surveyed are without school or with incomlete elementary school (and for this reason HELP has also provided assistance in printing an alphabetisation booklet for Roma children). Only a small percentage of them reported to be skilled in a trade of self-taught. Consequently unemployment and lack of opportunities to earn money were ranked top (together with housing, food and clothes) as the gravest problems facing Roma IDPs. Apart from occasional day work and petty trading the collection of waste is one of the few economic activities in which Roma IDPs engage. It is against this background that HELP had initiated its recycling programme that provided external support that enabled Roma families to live an autonomous life of their own without welfare and humanitarian aid.

On the other hand, environmental consciousness which is a prerequsite for a successful waste management system through recyling is still rather underdevelopped in this part of the world – including Montenegro which prides itself to be the ‘ecological state.’ It was therefore agreed with the Ministry of Education to integrate into the programme an ecological training component for first to third grade children at the primary schools in Podgorica.

One of the local partners, the Society for the Protection of Animals, had assumed the responsibility to carry out the educational training foreseen for this operation. The main element of the training were lectures on the subject (recycling, concept, benefits of recycling etc.) in Podgorica’s primary schools. During the reporting period the training activities were focused to the schools in the vicinity of the collection points. The primary target groups in the schools were the pupils from grade 1 to 4. The lecture on recycling covered the concept of recycling in theory as well as an explanation on how the recycling station works; the lecture also included a quiz on recyclable materials and the ways they are recycled. Each pupil who had participated in the lecture received a diploma and an educational brochure; the brochure was specifically designed and printed for the training within this project. It contains poems and drawings on the subject and was used after the lecture by the regular class teachers to continue with this topic and deepen the knowledge. The brochures were handed out to the pupils who took them home and shared them with their families. In total 1.442 pupils attended this training in four primary schools.

The Ministry of Education had fully endorsed these activities in the schools and made them a part of the curricula. The local partners are committed to ensure the continuation of these activities and have pledged to use future profits from the operation of the recycling system established under this project partly for the cost of carrying out the training. The “Society for the Protection of Animals” is now in the process of officially changing its name into the “Society for the Protection of Animals and the Environment” which reflects their full mandate and is to a large degree a result of this project.

Promotion of ecological concept and recycling

For the public promotion of the environmental issue in general and the project in particular various PR activities were carried out; the public was addressed via different media such as radio and TV stations, a public campaign which centred on the first celebration of Earth Day in Podgorica, print materials such as fliers (distributed one day before the Earth Day celebration in the Montenegrin daily Vijesti to 10.000 households), stickers, waving flags and posters for some of these items); in addition up to four large billboards were rented throughout the town and on a more or less regular basis adds were published for the promotion of the collection of recyclable materials.

At the beginning of April 2002 the focus in the project had shifted from establishing the “hardware” (i.e. providing material inputs, establishing collection points, preparation of PR materials etc.) to the promotion of the environmental issue, which is seen as a crucial prerequisite for the success of recycling. One of the most prominent undertakings in this regard was the first public celebration of Earth Day in Podgorica that took place on 20 April 2002. In close cooperation with the ECHO office in Podgorica, the municipality of Podgorica, other local non-governmental organizations (Green Home, Society of Ecological Associations of Montenegro, Children’s Association) HELP and its two local partners had organised this event in the very center of Podgorica: the celebration started at 11.00 hrs with the planting of trees (provided by ECHO Podgorica) in the city park Njegos for which HELP had provided 5 benches and trash bins which were placed in the park. Another 15 benches and trash bins were allocated to different schools which had actively participated in the activities related to Earth Day celebration. Between 12.00 hrs and 14.00 hrs parts of the city’s pedestrian area (Hercegovacka Street) and one adjoining street (Njiegoseva Street) which was blocked for the traffic were the stage for the main event of this day: a children’s parade with delegations of children from the schools where the ecological training had taken place, delegations of children from schools from the Northern Montenegrin towns of Plevlja and Berane as well as from two kindergartens in Podgorica; a public street drawing contest, hand out of awards for best school yard, best drawing, etc. and finally the appearance of the well-known singer Knez (organised by ECHO Podgorica). An estimated 200 or more children have taken part in the event both in the drawing contest and the parade; the event which took place on a sunny Saturday drew great attention of spectators and an interested audience which had gathered at the spot. Montenegrin president Milo Dukanovic sitting in an outdoor café directly in Njegoseva Street where the main event took place also observed the event. The event’s purpose was explained to him by one of the participating children who also handed to him some of the publications prepared for it.

HELP and both its local partners (Public Utilities Company Podgorica and Society for the Protection of Animals) were able to present the project through a wide variety of media to the public.

HELP’s project comprised the increase of the recycling capacity in the existing recycling center in Podgorica operated by the Public Utilities Company in Konik as well as the establishment of four collection points throughout the town (one of them in the immediate vicinity of the Konik camp). This is considered especially suitable to address the problems of creating income-earning opportunities for the Roma living there (Konik camp on the outskirts of Podgorica is inhabited by some 323 Roma families ; another 243 families live privately accomodated in the vicinity) while at the same time reversing the prevalent attitude of neglect towards the environment and highlighting the potential economic benefits of recycling a number of materials. By the end of May 2002 there were 478 deliveries of recyclable materials to the four collection points throughout town. In total 385 persons used the collection system. The total amount of recyclable materials collected to date by means of bicycles and the four collection points thus amounts to more than 63 tons!

The collection of recyclable materials will be continued by HELP’s two local partners, the Society for the Protection of Animals and the Environment, and the Public Utilities Company. Citizens and offices that would like to have larger amounts of recyclable materials picked up can call Zorica Pejovic from the Public Utilities’ Company (081-231193 ) who will arrange pick up by one of the tricycles or by truck!