Despite the COVID-19 pandemic, the implementation of the project “Improved access to the labor market for women and youth in the northeast of Montenegro” is being implemented in the best order and without interruption, said Danijela Armuš, coordinator of Help, at the second meeting of the Local Partnership Group for Employment which was held in Berane on Tuesday.

As part of the project that is co-financed by the EU, the additional licensed training for obtaining diplomas has also started, for some of the deficient occupations, for the 15 best participants of on-the-job training. Equipment has been distributed to 10 selected employers, who have “in a way” made a commitment to employ a minimum of 1 person each after on-the-job training.

Armuš has also explained that Help has prepared a proposal for a Memorandum of Cooperation between the representatives of the Local Partnership Group for Employment, so that joint work and meetings would be crowned with a document that would oblige the members of the group to make their contribution in order to encourage the employment.

The representative of the municipality of Berane, Tatjana Mališić Delević – has emphasized the support for women’s entrepreneurship, which is being realized by the municipality, and the concrete benefits that women entrepreneurs have through that project. She added that despite this support, there are not enough projects, especially thinking of the business sector, because most companies / employers do not pay their taxes to the state, and therefore are not qualified to apply for support. Also, a big problem is the insufficient capacity of local government representatives in the preparation and implementation of the project. Mališić Delević concluded that in order for the project to be realized successfully, it is necessary for local partners to function very well with each other.

The representative of employers from the company Lim Company LLC, Vlatko Peković, stated that there can be no survival of business without state subsidies. Companies that regularly settle their obligations are exposed to difficulties in doing business. Subsidies from the Ministry of Economy for employees have been introduced in order to preserve social peace rather than to preserve / support entrepreneurship and he made a suggestion that the state should not limit the employers who can receive the subsidy by the number of their employees.

The representative of the municipality of Andrijevica, Marko Marković, sees the lack of motivation of the local population as a problem in employment and as he has said, that “no one wants to work for € 200”. They pointed out that agricultural production could be improved, but they have no protection from the state. The state really should protect domestic products and strive to preserve them.

The representative of the municipality of Petnjica, Amela Ramdedović, pointed out that the municipality is implementing activities aimed at employing women and youth in cooperation with Caritas, as well as number of trainings in order for them to acquire basic job search skills. She pointed out that communication between ministries and local governments should be improved.

According to Ernad Suljević, the municipality of Bijelo Polje has set aside €40,000 to support women’s entrepreneurship, as well as for young people. He pointed out that citizens often abuse the institute of the MOP (material security of families) and that they themselves must be proactive. They also see big problems in the gray economy, unemployed people having no knowledge of regulations, and the functioning of companies in the area of finance. As Suljević says, it is very important to spark a feeling in people who are beginners in business, that they are being supported and that they are not alone.

The representative of the Employment Agency of Montenegro (ZZZCG) office in Bijelo Polje – Slađana Nedović, pointed out that the Agency is making efforts to promote employment, provide training (especially adult education), but that this work is often not adequately noticed, although it has given good results in the labor market.

In order to reduce business barriers, it is necessary to instruct entrepreneurs who are starting their business adventure in all the rights and obligations that they have, and to provide a true picture of how a company should function.

When it comes to education of adults, there is a need for several trainings: higher level educations, such as accounting technician and stimulation for more complex programs, and also the presence of a tax advisor is necessary for these trainings. 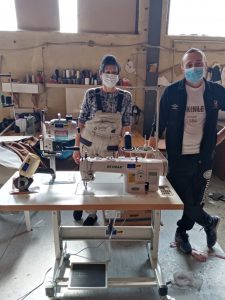 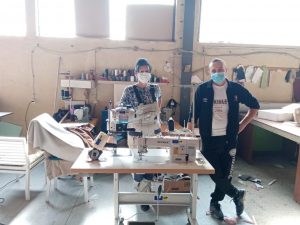 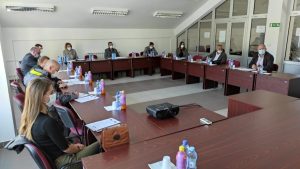 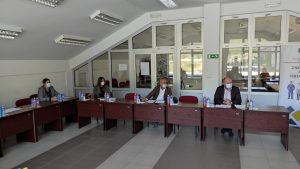 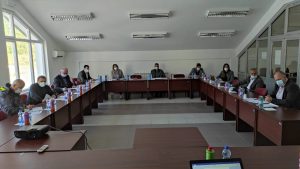