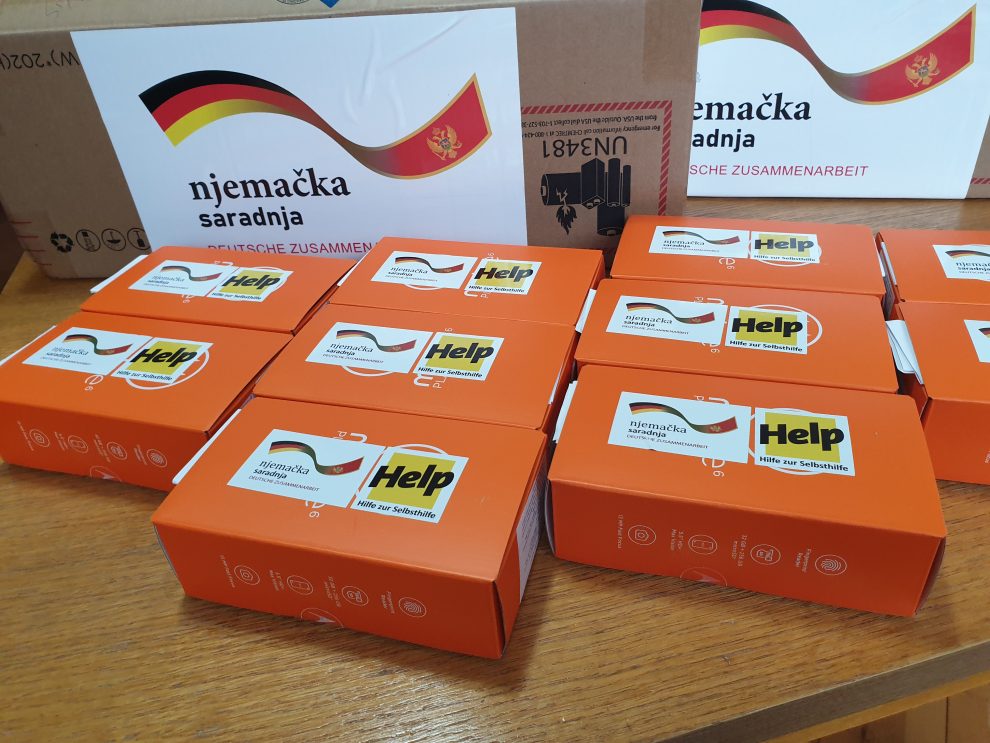 Over 1600 packages for nearly 1300 families, and 100 smart phones with support from Telekom

Another 1650 aid packages for 1296 Roma-Egyptian (RE) families will be distributed in 13 Montenegrin municipalities. In addition to food and hygiene products to the most vulnerable category of citizens in Montenegro, the Roma and Egyptian population, 100 mobile phones with Internet connection will be distributed for 100 RE children because of the coronavirus pandemic, in order to support the program #learn from home, taking into account that a large number of RE population do not have internet connection.

Another 12 phone SIM cards with mobile internet package valid for 2 months will be distributed to 12 RE school mediators who support RE children.

The value of this aid which is funded by the German government and that the Montenegrin Red Cross will distribute in cooperation with Help, is 82,900 Euros.

Company Montenegro Telekom has co-financed the cost of phones and the internet packages. Telekom also provided 12 SIM cards with 30GB of internet for 2 months free of charge for Roma mediators in Nikšić, Podgorica and Berane. The total participation of Telekom in this initiative is value of EUR 9263.76.

On Wednesday, April 15th in the Primary School “Božidar Vuković Podgoričanin” 70 phones will be distributed.

Smartphones with internet packages for 100 RE children delivered in Podgorica and Berane
Gashi: When we overcome coronavirus, Roma’s new goal is entering in parliament