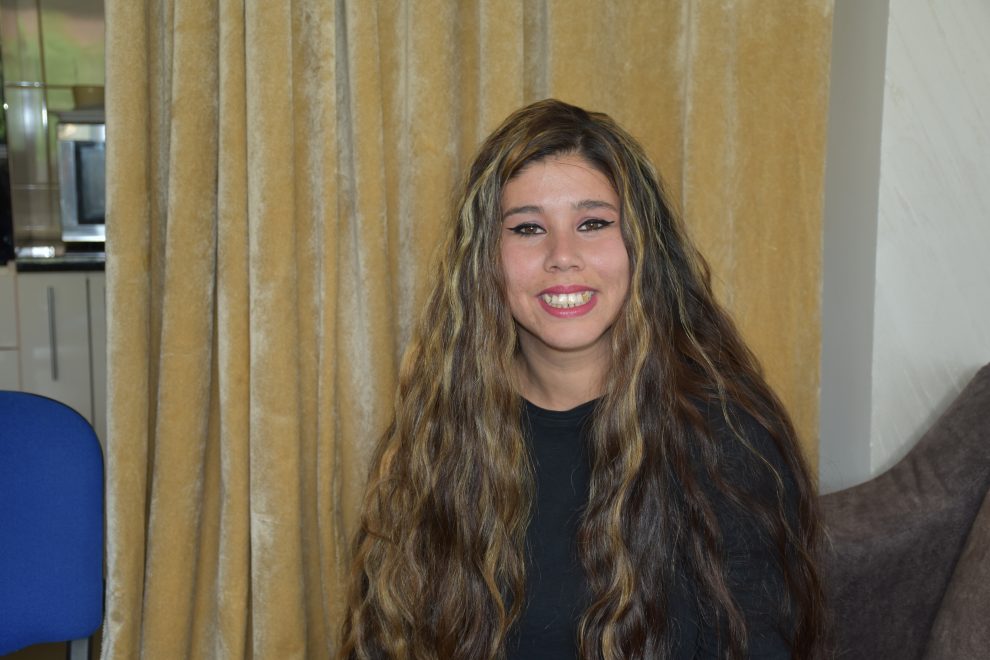 Sanja Selimović is a 22-year-old assistant for inclusion of Roma and Egyptians in the kindergarten „Duško Basekić – Sunce“ in Bijelo Polje; in the coming period she will be part of Help’s program for improving the employability of the Roma-Egyptian (RE) population in the north of Montenegro.

Today we present one of the positive examples of young and ambitious Roma women who fight for and win their equal place in society, something that is not always favorable and open to the RE minority, although Sanja says for herself that she did not face open discrimination. On the contrary, many had helped her.

She says that she loves working with children and that her experience of working in a kindergarten,  both in her hometown of Bijelo Polje and in Germany where she lived with her family on two occasions, seems to have determined her future.

She is currently an assistant in the kindergarten for RE children, but her goal is to become an educator, although she still has a few steps to go towards that.

The two stays Germany during her childhood caused Sanja’s formal education to be interrupted and continued for several times, which is why she is still in the final year of graduation. But that doesn’t discourage her.

“I plan to enroll in college, but everything must go one step at a time. That is the goal I set for myself and I have to try to achieve it. Because, regardless of my experience and work in kindergartens here and abroad, whenever I wanted to achieve something more, i.e. to apply for additional training or to obtain additional certificates, the question of formal education would always arise. That is why I set this goal for myself and that is my main motive. ”

Since she spent a total of five and a half years in Germany on two occasions during those times, and at one time even worked as an assistant teacher in a German kindergarten, Sanja speaks German well, but she has no formal confirmation for that either.

“I worked in a multiethnic kindergarten in Germany and it was a wonderful experience – that is when I realized that that job was well-suited for me. They issued me a certificate that I worked as a kindergarten assistant. Upon my return I officially translated that document in Berane, which enabled me to start volunteering here. Now, thanks to Help’s program, I will go achieve an additional level of professional training “, says Sanja Selimović.

“Working with children relaxes me in every way, playing, drawing, learning, singing, and children also like to hang out with me, not only Roma children but everyone else. In addition, it means a lot to me that an increasing number of parents of the RE population send their children to kindergarten, precisely because of my role as an assistant educator. I am glad that they have confidence in me and that they belive that their children will be safe and get the necessary support from me, so that they feel more comfortable. ”

She grew up in a family of nine, but only three of them remained with their parents. She says that the full support of her parents and their insistence on her getting an education was crucial to her life path, which is not always the case with the RE population for a variety of reasons.

“In one period of my childhood, when I didn’t want to go to primary school, my mother even forced me to go,” Sanja recalls with a smile, and she hopes that if all her plans come true she will be an educator and remain to live in her hometown.

“It is a difficult situation here when it comes to salary and social status, but on the other hand I think that you can still live here. I had the opportunity to study and work abroad, and when everything is added and subtracted, it’s quite similar, when you work, you can live here nicely. ”

During her activism, she always recommends to her peers as well as those younger than herself that they “never give up on their goals or dreams, that they should always work hard and fight for the goal they set for themselves, just like me.”

As she says, one of the key problems in the RE community, especially among young girls, is the lack of a sense of freedom.

“I am both free and communicative, which allows me to socialize more easily, while a large number of Roma girls and women are often ashamed for several reasons: because they are Roma, because they think that some people have prejudices against us. There is no discrimination here but from time to time some people show it, which affects their feeling of inferiority and further discourages them.”

When I expressed interest in her observation that there is no discrimination here, she said that:

“As I said, out of 100 people, one discriminative person can be found, but I personally have not experienced or been exposed to any kind of discrimination ever since my earliest school days. On the contrary, I have always had support and encouragement.”

An increasing number of young people, especially girls, are now continuing their secondary education after primary school and they want to get an education and fully integrate into the wider community, which was not the case before. But this is still not enough, she said. That is perhaps only half of the young members of the RE population, although she is certain that the key to everything is education and the acquisition of skills and knowledge that will guarantee a better life.

We are working on the portrait of Sanja Selimović within the project “Civil society in action promoting and protecting Roma and Egyptian rights in Montenegro” and as a part of this project we are promoting female role models. The project is funded by the EU and is implemented by Help and the Roma youth organization Koračajte sa nama – Phiren Amenca. 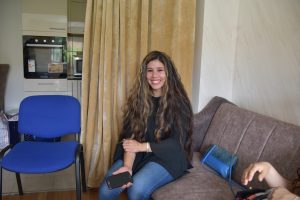 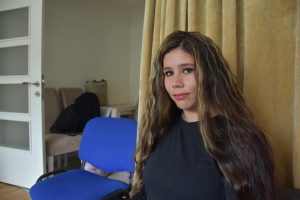 On-the-job training for 40 women and young people in the north and hope for a permanent job
Tablets donated by Help allowed Ms. Rosa and Ms. Zorka to see their families after six months