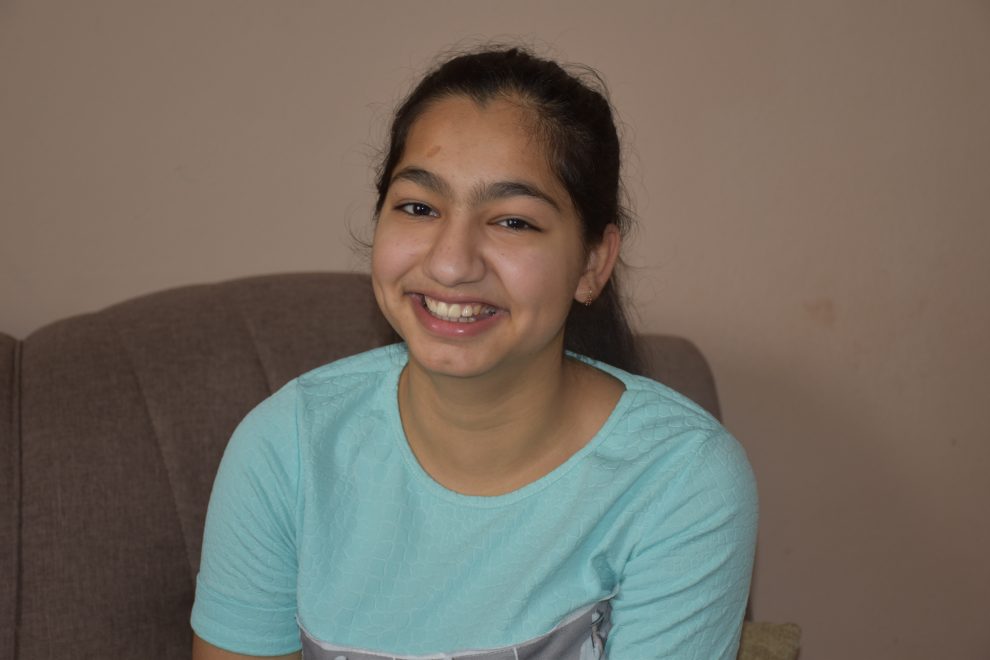 Jasmina Beriša, an excellent student of the eighth grade in the elementary school “Božidar Vuković Podgoričanin”, is a brilliant student and she is the best in every way, as the principal Ljubinka Nedić had told us.

During the conversation we had with her at her home, Jasmina honestly admitted that like all other children, she was happy about the fact that she would not go to school for a while when classes were interrupted due to the coronavirus. After the first two days, when the joy passed and the quarantine began as part of the #stay at home campaign, Jasmina, who wants to win the Luča award (an award reserved for the best students) at the end of primary school, feared that interruption of classes would disturb her plans.

Jasmina Beriša received a smartphone from Help as part of our aid program for support of the Roma-Egyptian population (RE) in Montenegro, the population which was particularly affected by the lockdown due to the COVID-19 pandemic. With the financial support of the German Government and Montenegrin Telekom, Help distributed smartphones with two-month internet packages for three schools which have RE pupils in Nikšić, Berane and Podgorica.

Jasmina was very pleased with the decision of the Ministry of Education to start online classes through the #learn from home campaign.

“When I saw that the teacher added me to the group, I was not surprised, online classes have started and we all had to join the “google classroom”. The problem was that we only had one smartphone in our house for all of us — the one that my dad uses, and he was at work every day, so we waited until the afternoon to join the classroom and we couldn’t turn on in time. That’s why we’d borrow Grandpa’s phone sometimes. ”

There are four children in the house, Jasmina’s siblings, and in addition to her tasks, she was also helping them.

“They are younger, as you can see, and they write very slowly, so I even had to manually copy the given material a little, considering that they don’t have all the material in printed form. I was very happy when the school announced that I would get a smartphone with internet. All of us are using it. It is much easier for me now, considering that I am an excellent student. I’m going to win Luča at the end of the ninth grade. I was afraid that I would lose that award because I had trouble with sending the homework. I was constantly late with homework, but Help acted at the right time and gave me a phone number through which I now send all my homework so I hope for a decisive success this year as well”.

She likes the new system of online learning and “google classroom”, she has adapted easily, teachers are constantly available on Viber groups for any additional clarifications, and if something is missing or needs to be explained they are always there.

“Everything is usually clear from the materials they send us, I may need an explanation for math and physics sometimes – but they are always available,” says Jasmina.

This brilliant 13-year-old, in addition to expecting Luča – a prestigious diploma (an award at the end of primary school) for which she is diligently studying, is already thinking about the next school choice. She says that she is hesitant between choosing medical high school and gymnasium because of her plans to study.

“I am hesitant between medical high school and gymnasium; I still don’t know exactly what I will chose but I still have enough time to decide.”

When it comes to medical school, it is clear why it is one of the options – profession of a doctor is attractive, but we asked Jasmina what would her goal be in the case that she chooses gymnasium.

“I am not completely sure. But since I am a golden advisor to the ombudsman, I would very much like to practice law. So I will most likely make a choice based on that, when I find out which direction leads the most to law. I can’t wait for the next school year when I’ll be in ninth grade, then high school counselors come to visit us and give us detailed explanations about both high schools and the directions that will benefit us most for future occupations. Right now, I am most interested in law. ”

“On Children’s Rights Day in 2019, I was at the event in Cetinje, which was also attended by President Milo Đukanović, and I asked him a question, and it was from that moment that my engagement started. I am very glad that they invited me, and the principal of my school, Ljubinka Nedić is responsible for all of that. She first took me to a seminar where I met the institute of golden advisors and thanks to her, today I am also the golden advisor to the Ombudsman.”

We asked Jasmina what her question as a golden human rights adviser was for President Đukanovic and whether she got an answer.

“I asked President Đukanović why adapted access for children with disabilities has not been provided yet for schools and other institutions, as well as for other public places. In some places it existed but it was still insufficient and not in all places. And I got an answer from the president… but it wasn’t exactly the best answer, because he just said that he was working on it and that he had already answered that question earlier. The answer was not satisfactory because I wonder why they weren’t involved in it more, because children with disabilities are the same as all other children and they need to take care of that a bit more, that is why I don’t think I got a good answer to that question. ”

Still, she says that she is satisfied that a suitable approach for children with special needs has been set up in her school “Božidar Vuković Podgoričan”. There are two children with disabilities at her school.

She is extremely grateful to the teachers of her school who, as she noted, did everything to help them adapt to the new learning system in the short time since the measures for the coronavirus pandemic began.

“Teachers have done a really great job and they are our heroes at this time and I thank them a lot for that. I really like how they adapted to this system and everything they did for us. Yes, we still have much more to learn. I’m in my room all day practically, my mother is also here and she knows how much time I actually spend studying. I haven’t been able to help her lately. Maybe I could say that the only problem is that now through ‘google classrooms’ we have a little more of homework, not to say too much”.

Since the Montenegrin Ministry of Education announced that after this experience there would be additional digitalization of classes for the next school year, and that students in all schools should receive tablets with lectures and online textbooks and do most of their learning in school, we asked Jasmina what she thought about it.

“Given that our future will be predominantly based on new technologies, I think it’s a great idea that we should already step into it as the first step towards such a future. For now, we have computers in the computer science room at school and we do a lot of things there, e.g. we prepare various presentations. So, if we get tablets for that, it will make it a lot easier for us and at the same time educate and prepare us to adapt to new technologies. ”

Jasmina’s mother Silvana and her grandfather, who were at home when we talked to her, confirmed that she is an exceptional child in every way, because in addition to her tasks, she regularly helps her younger siblings, and she is engaged in numerous other activities. As they say, they are very proud of her and they hope she will get far in life and continue to be an achiever.

The distribution of 120 smartphones to RE children is part of a comprehensive aid package to mitigate the consequences of the corona pandemic in Montenegro. Other measures include the distribution of food and hygiene parcels in 15 municipalities and towns of Montenegro.  Help is implementing the Corona emergency assistance within the German government funded project: SOE-003 “Support to socio-economic stability in the Western Balkans region 2019-2020”. 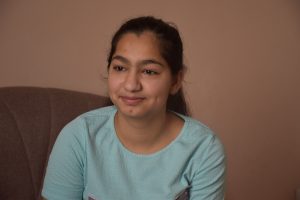 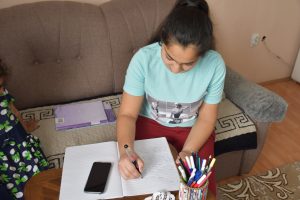 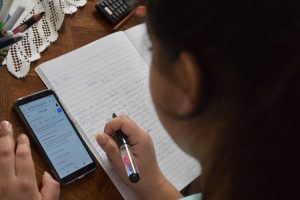 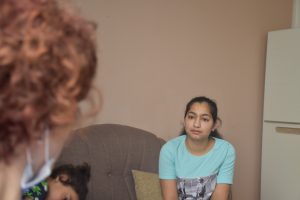