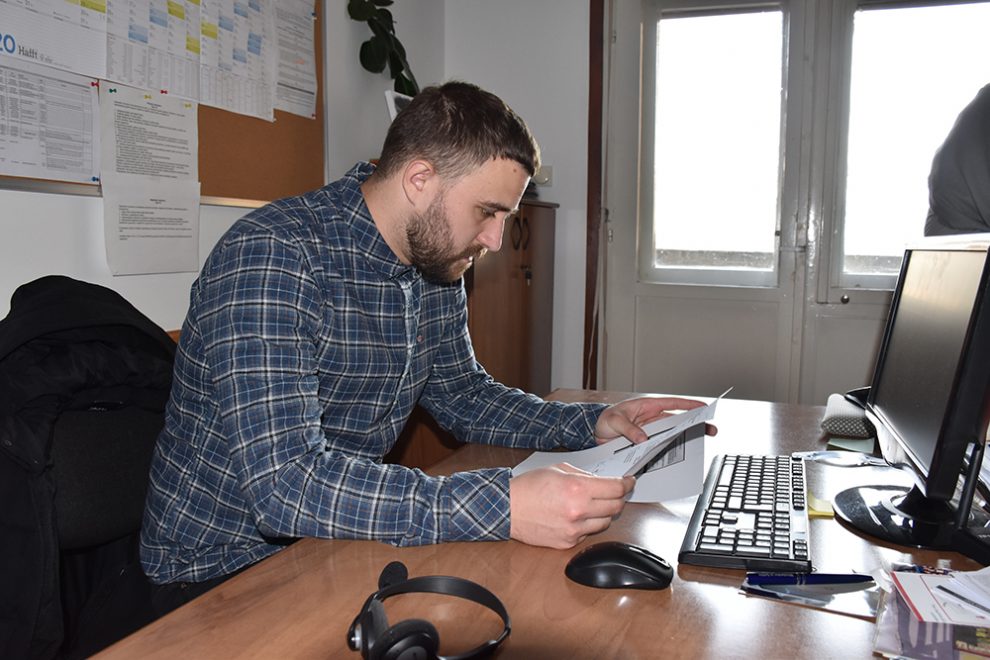 Lazar Popovic, a 23-year-old assistant for social housing at Help, is in his fourth year of specialist studies in management at the Faculty of Economics. He changed his future job direction by chance, for the time being. Namely, while he was once providing assistance to the same person who was assisted by the Ministry of Labor and Social Welfare, they noted his heightened social empathy as well as the ability to gain trust and establish good communication with people in need, and it was suggested to him that he should pursue that direction.

Connecting to Help and beginning daily work in the field followed, exactly in these type of cases, most often involving the Roma-Egyptian population. Today, Lazar is a regular bridge in communication between social housing institutions and beneficiaries of this type of accommodation, ranging from maintaining social housing units to solving everyday problems related to it, such as regular settlement of invoices and fixing the neighborhood and more. Just how remarkable he was in this role was further demonstrated a few days after the very first visit to the social settlement for Roma and Egyptians in Drenovik, in the municipality of Herceg-Novi, where he immediately started receiving regular messages and pictures from the inhabitants, outside working hours and on weekends, about the progress of the work in settling the neighborhood and preparing for further works.

Lazar doesn’t mind that people call him outside of business hours because as he had said “This in not and this cannot be just a job”. Working in Help has given him the feeling that he is a useful member of community, as well as sense of purpose, because he is helping those who need it most.

Engagement at Help has greatly, he admits, influenced the change in his own prejudices about the RE population, and considers this an especially important quality of his engagement at Help.