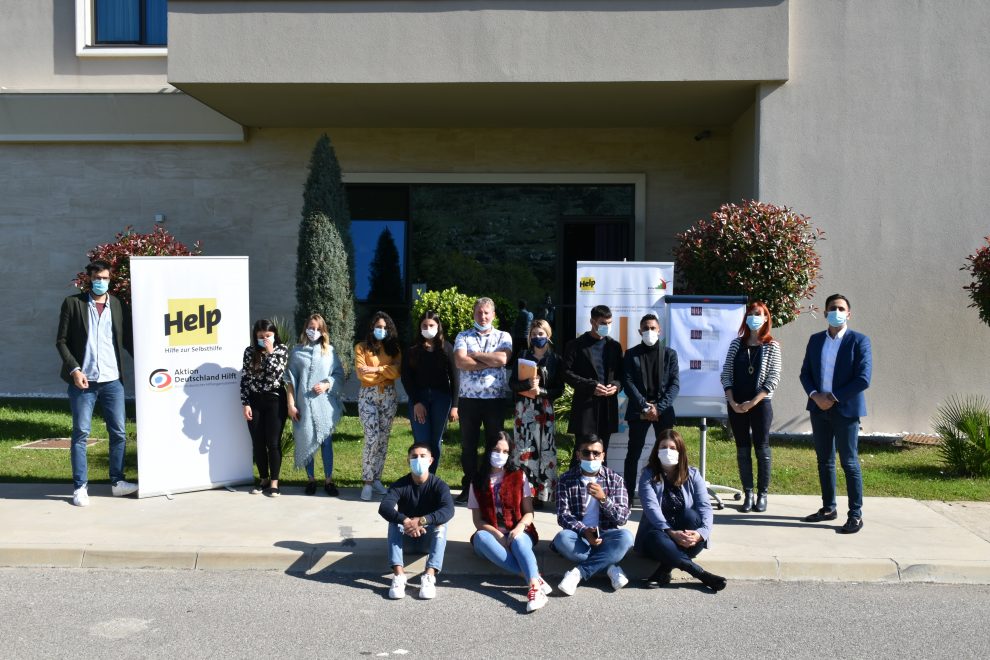 The fight for endangered rights of a person begins when you feel the need in your stomach to stand up for someone’s or your own protection, said Tea Gorjanc Prelević from the Action for Human Rights (HRA) while she was opening the workshop – capacity building of Roma and Egyptian (RE) NGOs in Montenegro.

Danilo Ćurčić, an expert from Serbia in the field of protection of human rights and especially the protection of minority groups, added that apart from that feeling in the stomach, it is very important to know how and where to protest and who to turn to for help and protection.

At the two-day workshop, organized by Help and the Roma NGO ” Walk with us – Phiren Amenca” with the help of the Human Rights Action (HRA), activists of Roma civil society organizations (NGOs) had the opportunity to learn about the experiences and concrete examples of organizations and groups that deal with the protection of human rights, to share their own experience from previous work and to hear how and in what way they can advocate more successfully for specific goals in the future.

When it comes to the fight of discrimination against the RE population in Montenegro, one of the successes mentioned was the engagement of NGOs and the lobbying with international institutions in the case of the expulsion and almost lynching of Roma families in Božova Glavica near Danilovgrad.

Let us recall that the expulsion of Roma took place after several hundred citizens of Danilovgrad carried out a revenge campaign on the night of 14 to 15 April 1995. An underage girl was allegedly raped by an underage Roma boy from the Božova Glavica settlement. There were 74 Roma people living in the settlement, approximately half of whom were children. The entire settlement was destroyed and burned down, but the Roma managed to escape. The police had warned the Roma that they had to flee, and that they could not protect them.

One of the participants of our workshop was a at that time four-year-old child and says he still remembers that night, and how people did not want to let the Roma get on the bus at the bus station. In any case, eight years later, in 2003, the United Nations Committee against Torture based in Geneva, ruled that the state of Montenegro was obliged to pay a compensation of  6 million Euro to the 65 Roma, who were inhumanely and humiliatingly expulsed from their homes in Božova Glavica.

Several other well-known cases from the region were discussed, some of which ended up in the human rights court in Strasbourg and were positively resolved in favor of the citizens whose rights were violated. One of the cases is renowned in the region, it is the “Sejdić Finci verdict” from Bosnia and Herzegovina (BiH), which until today has not been put into practice.

Namely, Dervo Sejdić and Jakob Finci, citizens of BiH of Roma and Jewish ethnicity, handed over their case against the state of BiH to the Court of Human Rights in Strasbourg, because the Dayton Agreement (the agreement that ended the war in BiH and that also serves as the Constitution of BiH) does not allow for fulfilment, or violates, one of the Romas’ basic rights – to run for local and state positions in the country. According to the Dayton Agreement, this right is guaranteed only to citizens from the three constituent peoples, namely Bosniaks, Serbs and Croats. The court in Strasbourg ruled in favor of Dervo Sejdić and Jakob Finci. The implementation of the verdict is one of the key conditions for European integration of Bosnia and Herzegovina, but it is a “par excellence” and not yet resolved political issue, even though Bosnia and Herzegovina is about to hold elections on 15 November 2020.

Trainer Danilo Ćurčić emphasized the importance of knowing all processes, and domestic and international institutions that are accessible for the protection of human rights. But Ćurčić also elaborated, that the goal of the advocacy must be precisely determined before taking up action, through communication with the community, in this case with the RE community.

In the process of defining the goal which is to be achieved, one must take into account the equal representation of the views and opinions of all community members, such as the views of women, children, and not just that of the community leaders; then to determine how to fight for their rights, be it with legal means, a media campaign, seeking support from international human rights institutions, invoking conventions and standards applied in practice; but one should also take care not to do more harm than good to the community in achieving certain goals.

On the second day (21.10.2020), in the practical part of the workshop, an entire new advocacy campaign for better protection of the rights of Roma and Egyptians in Montenegro was designed with the support of the trainer.

The workshop was organized within the project “Civil society in action promoting and protecting Roma and Egyptian rights in Montenegro” which Help implements in cooperation with the partner Roma youth organization “Walk with us – Phiren Amenca” and is funded by the European Union through EIDHR.

Below, we convey the atmosphere from the workshop held at the Voco Hotel in Podgorica: 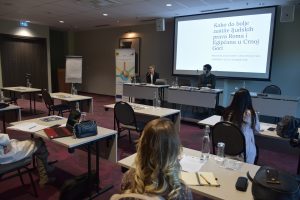 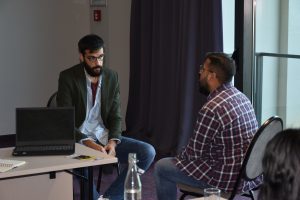 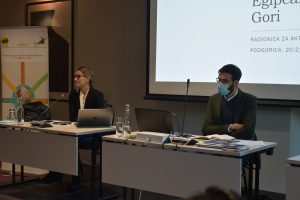 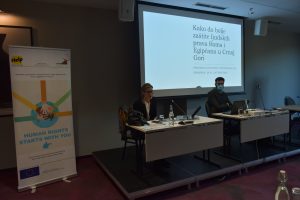 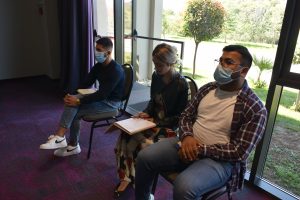 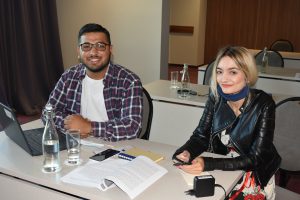 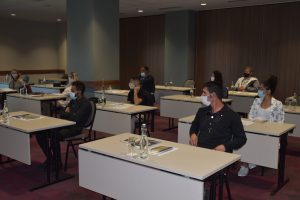 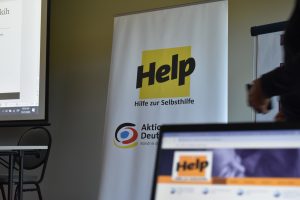 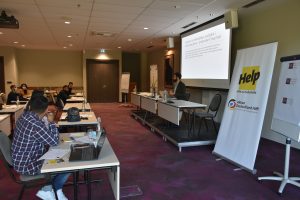 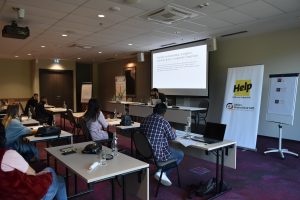 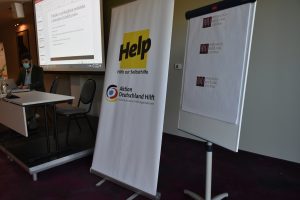 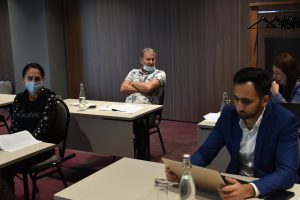 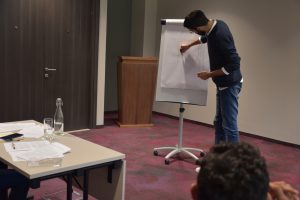 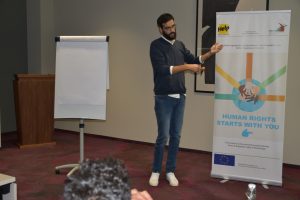 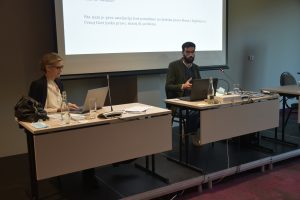 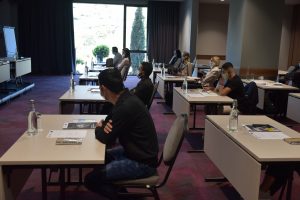 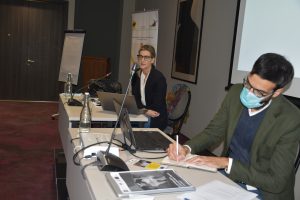 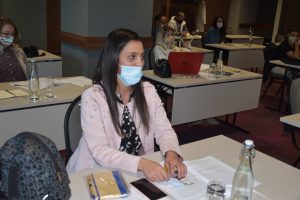 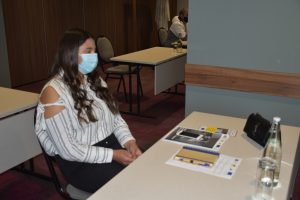 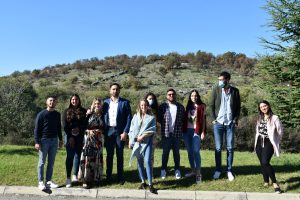