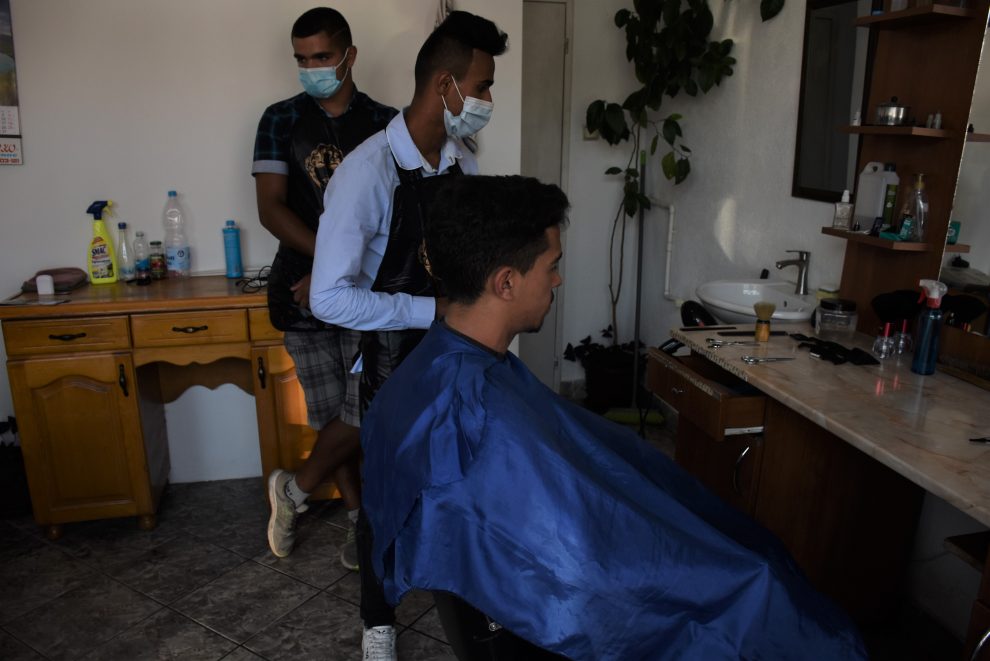 “This is going to be our permanent commitment. We received the equipment from Help, a high-quality work equipment – chairs and other hairdressing and barber supplies. We plan to open our own salon one day” said Osmani Bajram and Ismet Krasnići, who are undergoing a professional training at the San hair-salon in Berane.

Tight on words, but very hardworking, according to their coordinator and salon owner Nusret Agović.

They also briefly added: “Great, it’s great here and we’re doing great. We work five days a week and have good practice. There is time to learn this craft properly. Although everything is a little bit different because of Covid-19, still, there are customers” Bajram and Ismet said.

Their superior, Nusret Agović, has known the two young men even before they started training at his salon in Berane.

“I can say that they are hard-working fellows, I knew them even before they started working for me, so I did not blindly accept them as associates. I am ever so satisfied, they are obedient, and they try to learn and engage to their maximum. They follow and listen to my advice, so I think they have mastered a lot in a short time. I hope that they will soon be able to work independently in the salon.”

Agović hopes for stabilization of the situation with the pandemic and looks forward to the normalization of work, and then the opportunity may open for him to keep one of the young men at his hair salon.

“If the situation gets stabilized, and by that I mean what happened to us with the COVID-19, if the situation clears up and people start functioning normally, and if our diaspora starts coming more often, there is a real possibility that I will invite some of them to work at my salon. So, there is that possibility also.”

Agović praised Help for providing high quality equipment for Ismet Krasnići and Bajram Osmani, which is an integral part of our program to promote the employability of the Roma-Egyptian population in northern Montenegro.

In September we visited members of the Roma-Egyptian community in Berane and Bijelo Polje who are currently undergoing professional training with practical work.

They are halfway through the training and some of them have received high-quality work equipment within the Help project “Boosting employability – Creating sustainable solutions for the Roma-Egyptian population in the northern region of Montenegro”, which is funded by the Ministry of Finance – Directorate for the Finance and Contracting of EU Assistance Funds (CFCU). 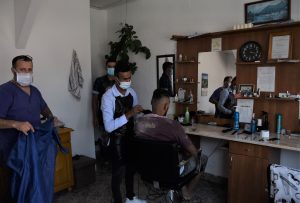 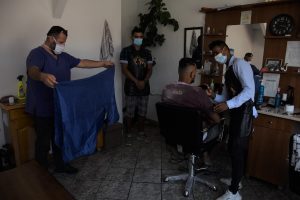 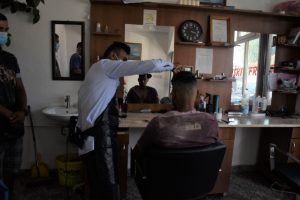 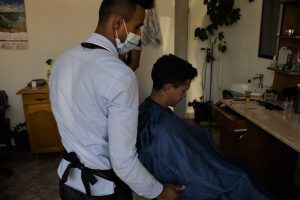 We talked to several employers in Bijelo Polje and they are very satisfied with the workers and with the whole Help project.

Entrepreneur Vladimir Šunjarević from the transport company Veletrans Bijelo Polje, received three people who work as hygienists, and the commitment in their work is especially important at this moment – during the spread of the coronavirus pandemic.

“Our company is engaged in the transport of passengers, and the three people who are with us on the job training are hygienists, engaged in maintenance of vehicle interior, hygiene and disinfection, which is especially important at this time during the fight against the coronavirus pandemic. I can tell you that we are satisfied with their work and engagement. I am very satisfied with how they do their job as well as with the demonstrated responsibility they have towards their work.”

When it comes to keeping one of the three currently engaged trainees, Šunjarević must not make any promises, because currently as he says due to the pandemic, although they are not doing business in the red (in minus), they are certainly doing business “with zero”. But he hopes that if the situation normalizes within a reasonable amount of time, he could permanently keep at least one of the current employees.

For the integration of the roma-egyptian population, as much as the chances for their employment, their full inclusion in society is also important – and working in the Cultural Center in Bijelo Polje, a very active and recognized public institution, is certainly an opportunity for much more than just work and on-the-job training.  This public institution trains two beneficiaries of the project “Boosting employability – Creating sustainable solutions for the Roma-Egyptian population in the northern region of Montenegro”.

This is exactly what the Director of the Library insists on, Edin Smailović, who says that he is delighted with the cooperation with Help precisely in order to help the inclusion of the Roma-Egyptian community.

“First of all, because of the fact that this is a cultural institution, I am glad that members of the Roma-Egyptian population have found their place under our roof. Because, if some institution is invited to help in the process of integration and in the process of overcoming certain prejudices and obstacles, then certainly the institutions of culture and education should be the ones that should be in the first place. Or rather, they should be the ones who should be the leaders in the destruction of all prejudices and barriers that may exist among people.”

Smailović says that he should be honest, as to admit that prejudices towards the Roma-Egyptian population still exist in our society.

“I think that they have been considerably reduced in recent years and I also think that this is one of the ways not only to improve this one dimension, that is, not only to improve the socio-economic situation and their economic empowerment, but I think that it is beneficial for the whole society on the other hand, because it helps us conditionally speaking, to overcome some prejudices that we have towards that population. ”

The Director of the Library in Bijelo Polje believes that when it comes to permanent employment and the integration of members of the Roma-Egyptian population in general, it should be taken into account at the institutional level.

“Since I am the head of the Library I can say that, e.g. in our library, our literature on our dear fellow Roma people who have lived here with us for centuries is very scarce. Therefore, I think that this is an issue that should be addressed on a much higher level ” Smailović suggested.

Culture is without a doubt an important segment for the integration of every community into the society, especially the minority community.

“That is why we want to integrate the Roma-Egyptian population in every way, young people and children above all. I don’t know if you are aware that the Roma settlement from Rakonja is to be moved to where Strojtanica currently is, but we look at it this way: we do not want Strojtanica to be the only place where only Roma people live, practically ghettoized. Roma people must integrate into society. The majority population must show more flexibility. ”

According to our counterpart in conversation, this project which directly concerns employment and professional training, and within which there are two people currently being trained in the Multimadial Studio, opens an opportunity for these young people to recognize the main problems of their community and possibly offer some suggestions for addressing or initiatives towards local authorities.

“That is why we are specifically trying to empower them in this process to become young journalists. We are already suggesting to them that they should build their own websites, or if they can’t do that, a Facebook page where they will highlight the problems of the Roma. I am convinced that it will reach the listeners and viewers, and eventually the Municipality of Bijelo Polje. As individuals, they say they have not been able to stand out so far – they themselves used to say ‘no one has found job for us’. We want to open their horizons in a different way, so that they themselves have to participate in this. These two young trainees have already started going to certain trainings and seminars, although the situation with the coronavirus has changed everything, but they have already had the opportunity to see Minister Janović (Minister of Sports, Nikola) during the visit… we empower them as much as possible “, Rusmir Osmanović, a long-term activist said.

His plans for the future, precisely in terms of strengthening the Roma-Egyptian community, are ambitious.

“We have a BP media channel and we have a vision to launch a diary in the Roma language for the first time in the North of Montenegro, where they will transmit information from the municipality of Bijelo Polje, but in their mother language. It is also interesting because, as they say, there are differences in the Romani language as well, but above all, the idea itself is important. They have already had the opportunity to write a text for” Novine sjevera”, it is our portal, and their texts can be published there once they are finished.”

Osmanović says that Help’s project proved to be an excellent model for him to continue working, that is, to apply with similar projects to the competent ministries himself, so that they could include an even larger number of Roma-Egyptian children and youth in their activities.

He is convinced that both projects and engagement outside of projects, on what he says is an ordinary human daily schedule, e.g. “to sit together and drink coffee or eat ice cream in a cafe – outside working hours, invite them to join you at a concert, an exhibition or promotion” is of great importance for the integration of the Roma-Egyptian population, as well as through the official forms – workshops, seminars, trainings.

“We must work on making Roma become a modern part of our society, to help the Roma community to integrate into Montenegrin society in a more concrete and attentive way,” said Rusmir Osmanović, based on his many years of experience as a civil activist, presenting a concrete proposal:

“I think that the state should provide scholarships for children from the Roma-Egyptian community, until a critical number of young people from this community integrate into society at the level of integration of everyone else. It is very important to move from the formal towards the concrete, and for them to stop being an essentially lower class in our society – even though they are formally equal with all of us. We have bright examples of course. An office for Roma has been opened in Bijelo Polje and one person works there, but we have to do a little more than purely formal and legally binding procedures – such as opening an office and hiring a Roma and stop there. I think that your project and projects like this contribute to the opening of these topics “, he praised, but also suggested the following:

“I would suggest, for example, in this particular project, wherever it is possible, wherever the Roma-Egyptian citizens want it, we need to help them in order for them to integrate and start working. We would like to see the organization and maybe we will do this ourselves, to try to train young ones from Roma youth to be cameramen, editors – so to give these young people the opportunity to be whatever they want. It is difficult, especially in small communities, but we must do our best to give a chance to these young people to really be anything they want ” Rusmir concluded.

Help, with the financial support of the Ministry of Finance – Directorate for the Finance and Contracting of EU Assistance Funds, provides professional training and on-the-job training with this project, for 37 unemployed members of the Roma-Egyptian community from the northern region. In addition, 10 unemployed Roma and Egyptian from Berane and Bijelo Polje received support – the equipment for work on the place where they are being trained. 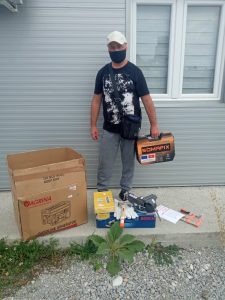 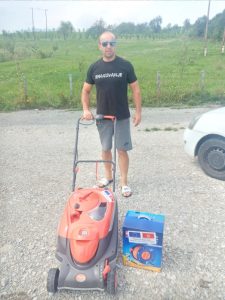 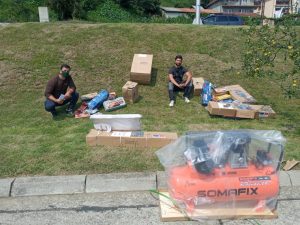 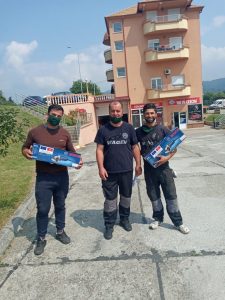 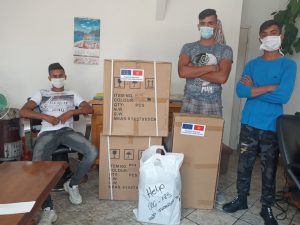 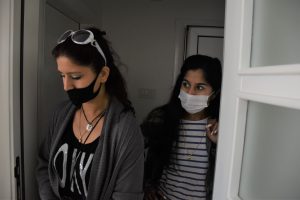 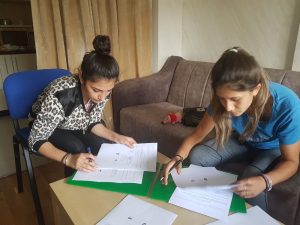 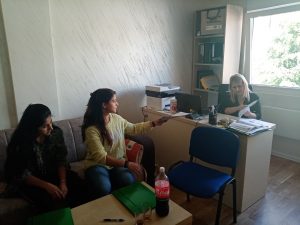 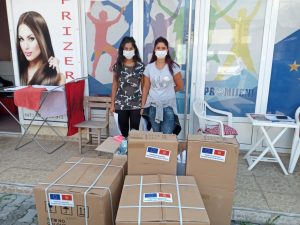 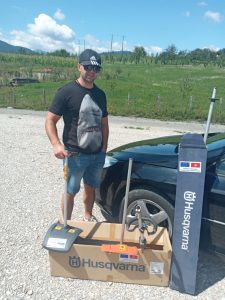 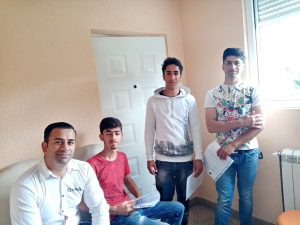 Photography workshop, photo gallery and human rights for young Roma and Egyptians
Help and the U.S. Embassy in Montenegro are helping the displaced persons in Berane