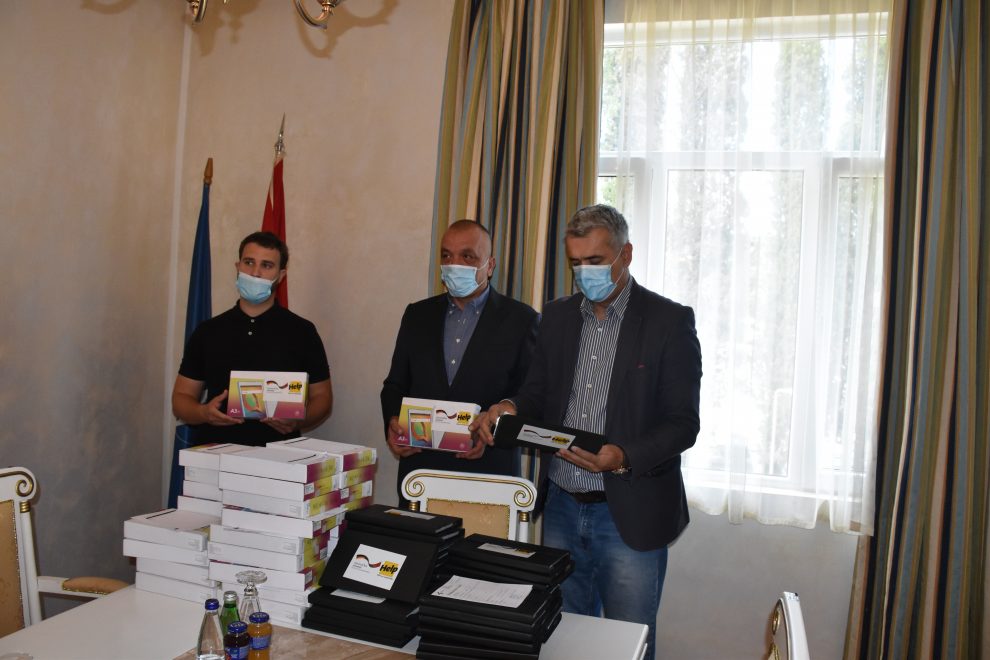 On Friday, Help donated 32 tablets with monthly internet packages of 50GB for six months to the Directorate for the Execution of Criminal Sanctions (UIKS) in Spuž. This donation was funded by the German government as part of a support package to help the fight against the spread of COVID-19. In this way, we also wanted to help this public institution, which has also been in quarantine for the past three months, and still remains in quarantine – to make it easier for people serving prison sentences to communicate with their families.

Director Milan Tomić said that this is a continuation of good cooperation between Help and UIKS.

“I would say that this donation is a continuation of a very successful cooperation with Help, which was confirmed in the previous period through various projects we had. This part of the donation is very important. You know that from 13th of March and the introduction of measures made by the National Coordination Body to prevent coronavirus we have taken restrictive measures, which have been shown as very effective”.

Tomić states that they decided to enable telephone video calls due to the measures banning visits which have been introduced three months ago, although this is not covered in their work regulations. In the past three months, the entire prison has been in contact with families via seven smartphones.

“Due to the measures banning visits, we decided to provide a certain number of phones and cards so that prisoners could make video calls with their families and relatives, and it turned out very well so we intend to continue with that. Certainly, your donation will greatly encourage it and raise it to a higher level of quality.”

The director of UIKS says that despite the imminent suspension of restrictive measures, they will continue to use the potential of video calls for prisoners in all of the prisons.

“We had a few phones, but that wasn’t nearly enough. We also plan to install booths for that purpose so that this number of tablets that you have donated to us will be put to good use. We are yet to evaluate whether it will be one monthly call for each prisoner or something different. ”

Tomić praised the behavior of the prisoners, having in mind the restrictive measures and their duration so far.

“I have to say that, having in mind everything that has happened, the speed with which it happened and the fact that some of their rights were suspended I must point out that they proved to be very responsible and I will say that we had virtually no major problems during this period of the danger of the spread of the coronavirus which still lasts. Of course, everything was done well with the engagement of all employees, but I must point out that the prisoners proved to be very responsible. ”

The prisoners themselves reacted very positively to the enabling of video calls, because a couple of months have passed and they still do not have physical contact with their loved ones which makes their stay in prison more difficult for them.

“Therefore, it is planned to enable them to make video calls in the future in a certain procedure, in accordance with the recommendations we received.”

In addition, as Tomić has told us, the tablets that come with keyboards will have other educational purposes in their process of training and certifying prisoners as well as their preparation for life after release from prison.

In addition to donating tablets, Help is also working to help UKIS provide prefabricated booths for video calls to prisoners, and a certain amount of disinfectants will be delivered to them next week. According to director Tomić, that is also necessary and very important for them. They went through this crisis period successfully he says, strictly applying all hygienic and disinfection regulations with the help of the Montenegrin army, which was the first to help them in the process of disinfection of the entire area of the Spuž prison. They have provided the necessary funds for disinfection on regular basis thanks to the various donations they received.

He says that the cooperation with Help is as valuable to them as it was before.

A total of 75 tablets with the Internet packages for 6 months is being distributed as part of the second package of support in several Montenegrin institutions and public institutions for vulnerable categories of the population. On Wednesday, we already took 22 tablets to the Home for the Elderly „Grabovac“ in Risan and the Children’s Home „Mladost“ in Bijela. On Thursday, we delivered five tablets to the PI Institution for Children with Special Needs „Komanski Most“. The rest of the tablets will be distributed in homes for the elderly in Bijelo Polje and Pljevlja.

Additionally, hygiene products and disinfectants will be distributed to everyone as part of the aid package with a total value of 46,645 Euros.

HELP is carrying out an emergency aid distribution because of the coronavirus pandemic, as part of a project: “Support to socio-economic stability of the Western Balkans region 2019-2020” which is funded by the German government. 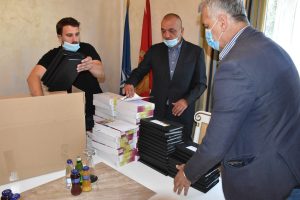 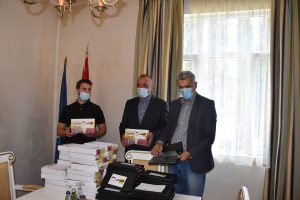 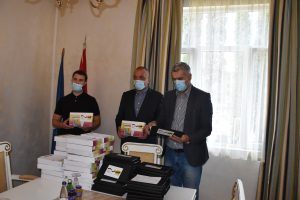 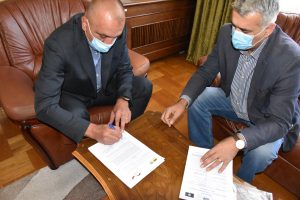 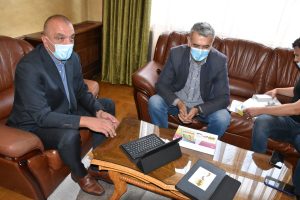 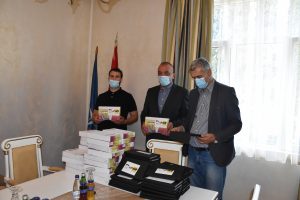 Tablets donated by Help allowed Ms. Rosa and Ms. Zorka to see their families after six months
5 tablets have been donated to the Institute “Komanski Most”